Water Doesn’t Come From A Tap

Nearly all our potable water comes from desalination. Here’s ‘how water works’ in the UAE and why it’s so important to check our consumption.

As the summer enters its peak months, we turn our focus to our most precious resource, water. Sitting in our chilled houses and offices overlooking the desert, we read as major cities around the world run out of water. A few years ago, it was Cape Town in South Africa. Today, it’s Chennai in India.

Both these cities get their water from a combination of natural and man-made sources: from rain, rivers, lakes, underground aquifers, dams and even desalination plants. Yet their reservoirs ran dry on occasion, even as our taps flow freely and in abundance.

It begs the question, how do we have access to so much water while living in one of the driest regions in the world?

From groundwater to desalination

Groundwater– once our primary source of water

Before the discovery of oil in the 1970s, groundwater was the primary source of water. Our demands for water have grown tremendously since then, as the country developed into the global hub it is today. Groundwater is now used mainly for agriculture, but demand is once again overpowering supply.

The government is now focussing on increasing the speed at which underground aquifers are recharged – by reducing use of groundwater and artificially refilling wells with desalinated water.

In fact, these underground wells are now viewed as a way to store potable water for use in times of emergency. Several dams have been built to keep this potable water from escaping into the sea, and the government is aiming to develop the capacity to store enough water to last two days under normal conditions. This would extend to sixteen days in case of emergency and over 45 days in case of an extreme emergency. 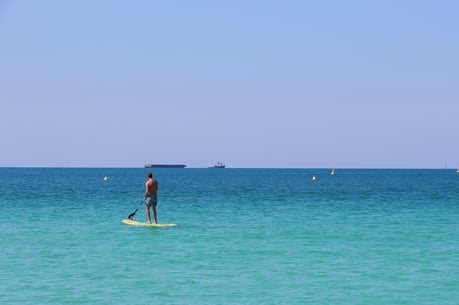 Photo by LUFANG CAO on Unsplash

Potable water, which is used daily for drinking, in our homes, offices and factories, comes from desalination.

Desalination plants dot the UAE, taking in salty seawater and purifying it into clean water that is safe for human consumption and daily use. This water is pumped into pipes though which it reaches our taps. But the excess salt is returned to the sea as high-temperature brine, making the gulf saltier and affecting marine habitats.

This may change in the near future as researchers explore new ways to use the discharged brine. It could be used in fish farming, to grow halophytes or salt-loving plants, to produce salt and chemicals for industrial use, and even as an alternate way to produce cement.

The process of desalination also requires a significant amount of energy. Desalination plants get this energy from the steam produced by electricity plants. As a result, water and energy are produced hand in hand across the UAE.

Researchers are looking at ways to fuel water desalination with renewable energy to reduce the dependence on fossil fuels. Some researchers are even exploring ways to extract water from the air, which would be so ideal in this humid part of the world. But these solutions are still years away from being implemented. 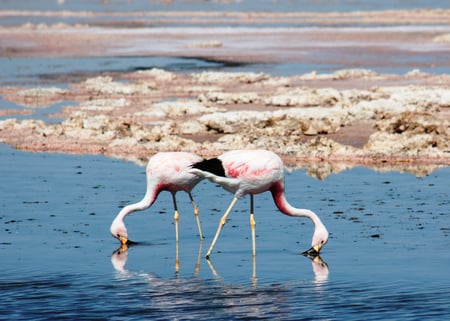 Photo by Thomas Griggs on Unsplash

Treated wastewater – a key piece of the water cycle

The last major type of water in the UAE is wastewater. Sewage from our homes and industrial sites is treated to get ‘grey water’ which is still valuable, and used to water the green landscape across the country.

Unfortunately, a lot of this water makes its way back to the sea. As part of the UAE’s Water Security Strategy 2036, efforts are being made to recycle and safely reuse as much as 95% of grey water.

'Take only what you need'

According to UAE State of Energy Report 2015, residents use about 550 litres of water, which is about two times the amount consumed by people around the world. And our demand for water is only projected to grow, both locally and globally.

Instead of placing more burden on our surroundings and our infrastructure, why not learn from the past?

As Sheikh Zayed, UAE’s Founding President, famously said: “On land and in the sea, our forefathers lived and survived in this environment. They were able to do so because they recognised the need to conserve it, to take from it only what they needed to live, and to preserve it for succeeding generations.”

So let’s change the way we use water. Small changes today can add up in the long run. For example, switch off the taps when brushing your teeth and applying shampoo. Dispose of toilet paper in the waste bin instead of using the flush. Dig out your washing machine’s manual and use the eco setting that uses the least amount of water.

We have to start now, to save our water while we still have it.

Over the next few weeks, we will share more water tips and posts about ‘living the water-less life' in the UAE. Subscribe to the Yalla Green blog or follow us at @ews-wwf to stay tuned.

The Art of Freezing Food

48 ways to save water in the UAE

Before we found oil, we had water

To conserve nature and reduce the most pressingthreats to the environment for the benefit of sc We partner with individuals and institutions to achieve science-based solutions to combat climats change and safeguard the seas, the land and their associated biodiversity.