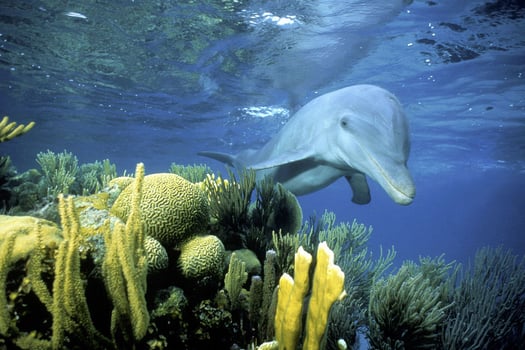 Indo-Pacific Bottlenose Dolphins live in warm temperatures and tropical waters. They can grow up to 2.6 metres long and weigh up to 225 kg (500 lb). These species reside in shallow coastal waters as well as islands and coast. If you’re lucky, you may spot the in the waters of the north and western Indian Ocean, including the coast of Africa, Red Sea and the Arabian Gulf.

They can be seen in small as well as large herds, ranging from group sizes of 2 to 40 of them.

The Indo-Pacific bottlenose dolphin is under threat due to:

However, since 2014, the Indo-pacific Bottlenose dolphin is being monitored in Abu Dhabi waters. For more info, please visit this link. 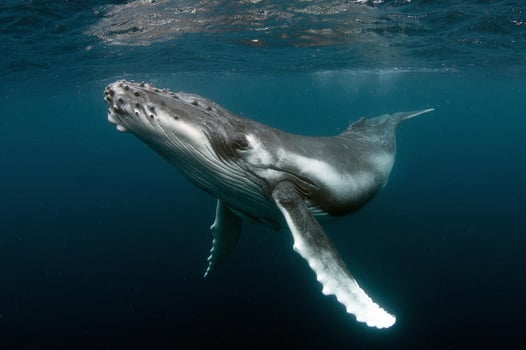 Arabian Humpback whales inhabiting the Arabian Sea, are a small sub-population of humpback whales, which are most genetically distinct humpback whales and are considered to be the most isolated whale population on Earth. A population estimation study suggests that they have remained separate from other humpback whale populations for perhaps 70,000 years, which is extremely unusual in a species famed for long distance migrations. They can be seen in the waters of Yemen, Oman, the UAE, Iran, Pakistan and India, and possibly the Maldives and Sri Lanka.

Historical whaling records and 20 years of research conducted off the coast of Oman have revealed that the Arabian Humpback Whale subpopulation is the only known population that does not undertake seasonal migrations between high-latitude feeding grounds and low-latitude areas for mating, calving and nursing. This unique, trivial subpopulation is endangered and genetically isolated. 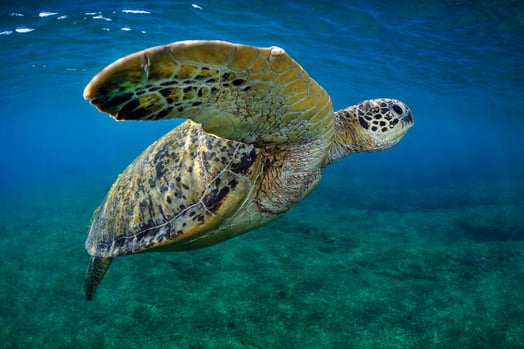 The Green Turtle is one of the largest sea turtle species in the world and is the only herbivore among them all.

The green turtle normally weighs around 160kg and is often over a meter long. They can live up to 80 years or more with a similar lifespan to humans. Most marine turtles take decades to mature, between 20 and 30 years. They migrate thousands of miles in their lifetime through ocean basins and high seas. Major nesting sites are common on either side of the Arabian Sea, both in neighbouring Oman and along the coast of Pakistan.

Although, marine turtles have roamed the Earth’s oceans for the last 110 million years, sadly they are now classified as endangered.

Agent of Change: Why do we throw away food scraps?

To conserve nature and reduce the most pressing threats to the environment for the benefit of society. We partner with individuals and institutions to achieve science-based solutions to combat climate change and safeguard the seas, the land and their associated biodiversity.